Tavis Smiley was a contemporary radio and television voice when it came to African-American issues. Those who listened to him got a glimpse of how educated and informed his insights were; he wasn’t afraid to go beyond the surface to dive deep into issues that impacted the black community; no topic was off-limits, ranging from drugs, sex, violence, and political scandals.

He interviewed some of the highest and most controversial celebrities digging for answers, exploring their wrongdoings while encouraging them to engage in psychological reflections.

His determination earned him television and radio syndications that ran the gamut of:

So how on earth did this man allow sex to bring him down, given that he could find an attractive woman who shared his sexual appetite?

According to several women, Smiley had an on-going sexual relationship with them. However, many of the women said it was consensual. Nevertheless, PBS, who aired his show, Tavis Smiley, fired him.

Smiley sued, claiming racial bias and wrongful termination without proof. However, PBS filed a countersuit against him, saying he violated the network’s morals clause by engaging in multiple affairs with subordinates.

Well, Smiley paid big time when a Judge agreed with PBS and awarded the network a 2.6 million judgment.

“One former employee alleges that a few days after she started working for Smiley, he asked her to lunch; he called her on her cell phone instead of her office line and told her where to meet him to drive there though they were both in the office at the time,” a story published by NBC News said. “Smiley allegedly asked her at that lunch if she had a boyfriend, and then on the drive back to the office asked about her bra size, offering to take her to the Victoria’s Secret at The Grove and “buy you some stuff, some panties,” the news site wrote.

More confusing is Smiley was aware of The Me Too (or #MeToo) movement, and although there’s no evidence that he forced himself on his former staffers, the fact that he was so foolish to not recall the stories of famous men who were brought down because they could not keep their pants zipped is amazing.

Matt Lauer was a powerful news anchor on the ‘Today” show who had a reputation for outstanding journalistic work. He interviewed famous people upon famous people.

However, in 2017, NBC executives received a complaint from Lauer’s former co-worker, who said he engaged in inappropriate sexual behavior with her during the 2014 Sochi Olympics.

After Lauer lost his job, other staffers came out and said Lauer sexually assaulted them. At the time these incidents took place, Lauer was married and had earned millions of dollars.

“Statistics show that anywhere from 17 to 37 million people suffer from a sex addiction, a very real mental health disorder that is marked by an individual moving beyond a healthy enjoyment of sex to an obsession that needs professional assistance,” said Dr. Patrick Carnes, who has authored many books on sexual issues ranging from titles such as Don’t Call it Love: Recovery from Sexual Addiction and Sexual Anorexia: Overcoming Sexual Self-Hatred.   “How can you tell if you have a problem? Sex addicts will continue to engage in sexual behavior despite financial problems, potential or actual arrest, health risks, or broken relationships.”

Here are the stories on Smiley’s and Lauer’s firings. 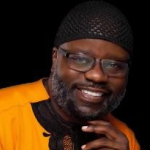 In Delhi, A 23-year-old Woman Was Killed In What Police Describe Is An Act Of Jealous Rage